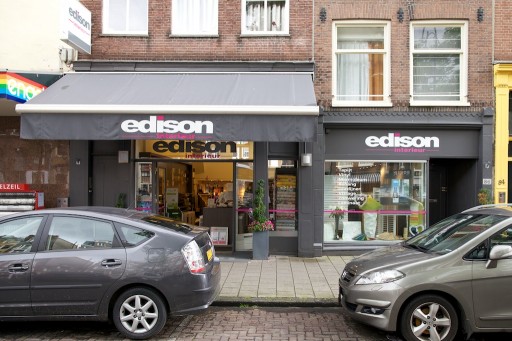 Ask a random Amsterdammer about Edison and eight out of ten will say” Isn’t that the carpet place?” That is one of the first things current owner Henriette says when asked about her business. It is a bold statement, but anecdotes abound that support its accuracy. Like the one where a previous owner in the 1980s did some DIY product placement by displaying the company logo for all to see during the filming of the Dutch cult classic “Amsterdamned”. Several trams also carried life size logo’s of the business as they cruised through the entire capital for weeks on end. Despite Henriette not knowing exactly how long Edison has been in business, she herself is considered one of the guiding forces behind the scenes. Of course, as an owner for the past six years, but she was an employee for no less than two decades prior to that. A conservative estimate by Henriette indicates Edison was
already around in the early 1970s, although back then it conducted its business on the Rozengracht. The diversity in its inventory of home furnishings, and the ability to adapt to changing trends and changing customer behaviour have set Edison apart all these years and have built its enduring reputation. The Elandsgracht would not be the same without Edison. Enough said. 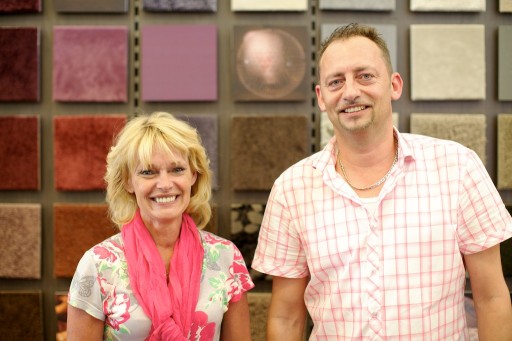